Home Gadgets Phones Here are all of the new products Apple is still expected to... 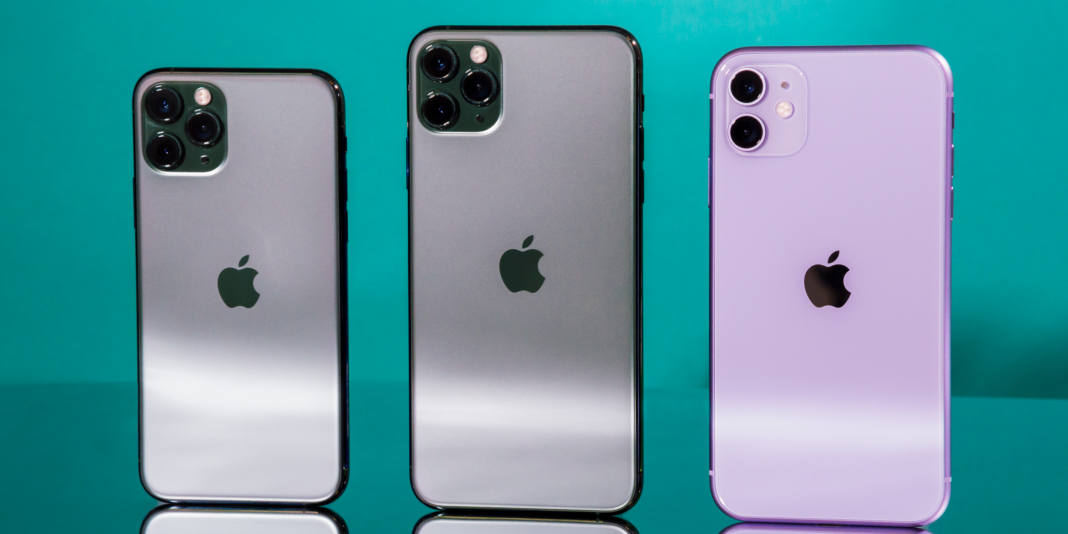 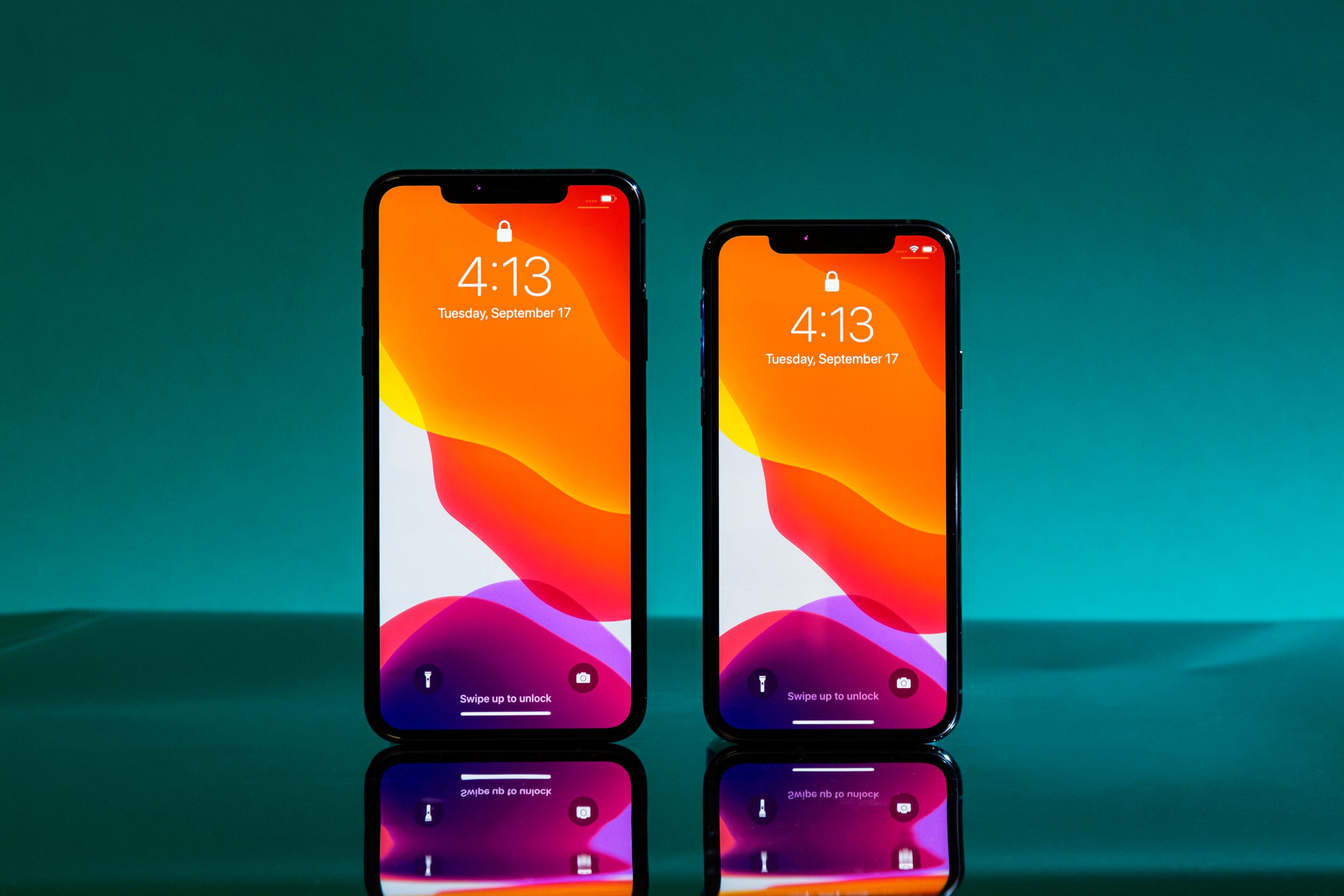 Apple is expected to launch a slew of new products this year, including the rumored iPhone 12, a new Apple TV, a Bluetooth tracking accessory, and other gadgets. Apple also said we can expect the first Mac computer powered by Apple silicon to launch by the end of the year. It's looking like Apple could make a big push into augmented reality by outfitting its new iPhones with 3-D camera sensors, possibly setting the stage for an AR headset. Visit Business Insider's homepage for more stories.

This year has already been eventful for Apple, as it's launched a new iPad Pro with sensors for augmented reality, the Apple Watch Series 6 and SE, and a new $400 iPhone called the iPhone SE.

But Apple may have a lot more in its pipeline for 2020: most notably its first 5G-enabled iPhones, which are expected to launch at the company's event on October 13. Apple typically releases its new iPhones in September, but the product is delayed this year because of the coronavirus pandemic.

Here's a look at some of the new Apple gadgets we're expecting to see in 2020.

The iPhone 12 and iPhone 12 Pro, which may come in two new sizes and support 5G

The next-generation iPhones will reportedly come with support for 5G networks, new 3D Lidar sensors similar to those on the new iPad Pro on the Pro models, a new design that's similar to that of the iPad Pro, and updated screen sizes for the certain models, according to reports from Bloomberg, Ming Chi-Kuo, and others. 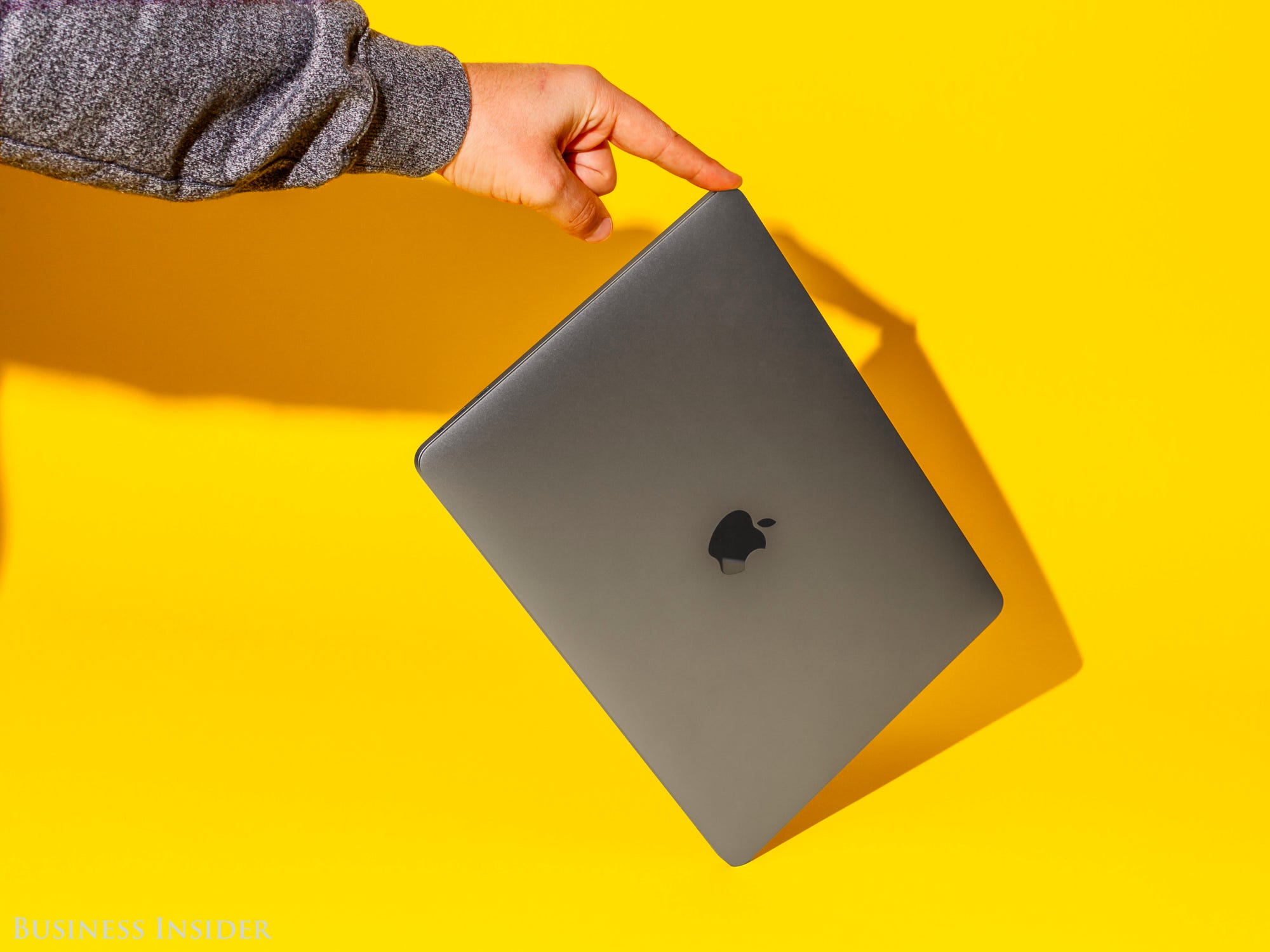 Apple in June unveiled its initiative to design its own Mac chips rather than relying on Intel's processors, saying that the first devices running on these new chips would arrive by the end of 2020.

The company didn't reveal any other details about these new Mac computers, but Apple is rumored to be working on a new 14-inch MacBook Pro.

An accessory to help you find lost items with your iPhone 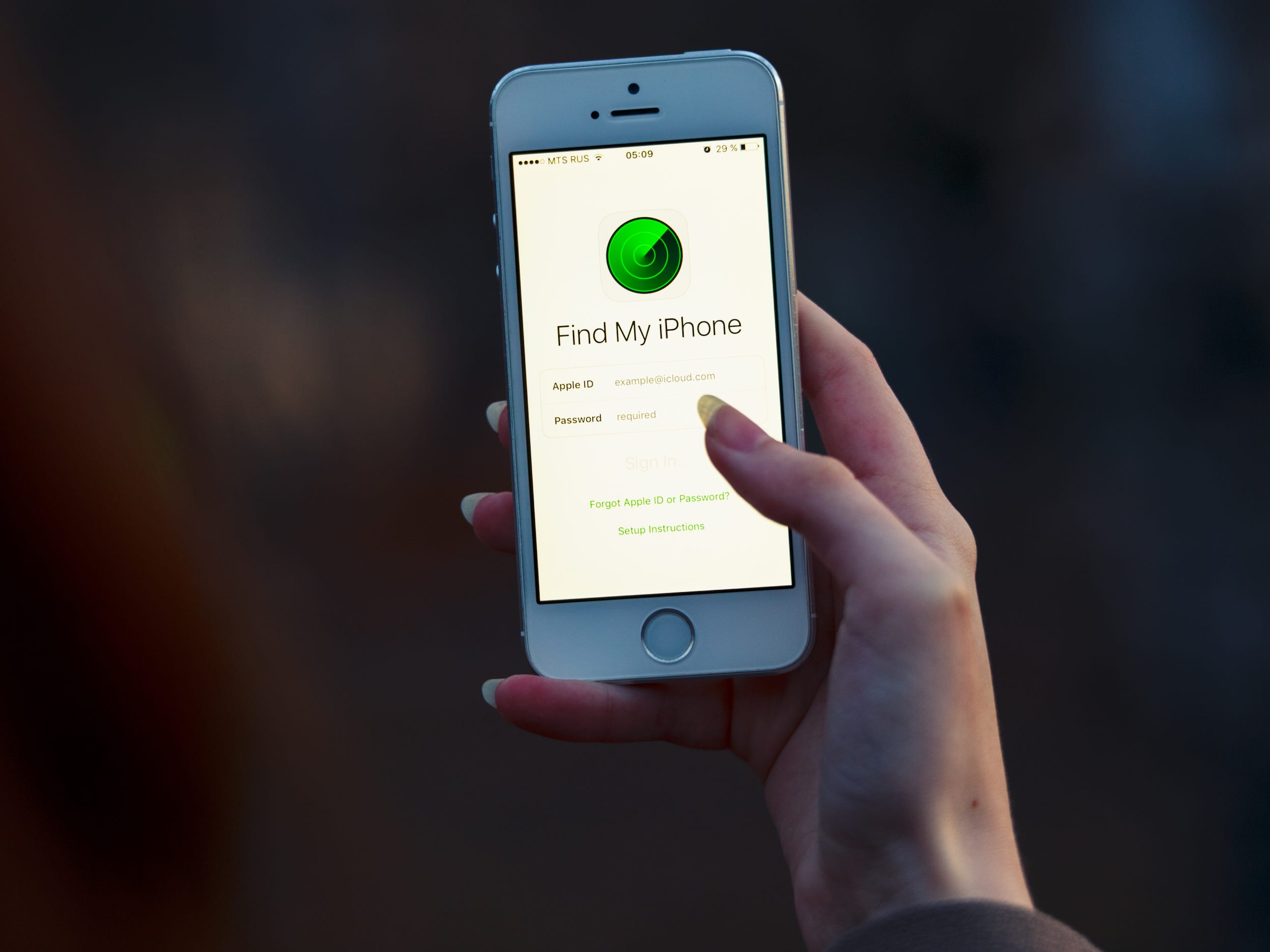 Apple is reportedly working on an accessory that can help you find lost items by using your iPhone, according to reports from 9to5Mac and MacRumors. The device would be similar to the Bluetooth tracker Tile, and would likely consist of a small tag to be placed on easily misplaced items like keys and wallets, the reports noted. It would work with the iPhone's “Find My” app.

It's unclear when Apple intends to launch the accessory, if at all, but 9to5Mac and MacRumors have discovered references to the product in Apple's iPhone software. TF International Securities analyst Ming-Chi Kuo said it could launch in the first half of 2020 in a note from January reported by MacRumors, but the product has yet to debut. The earlier reports also suggest that the device could be called AirTags, and it may even use augmented reality to point users toward their lost item.

A cheaper version of the HomePod 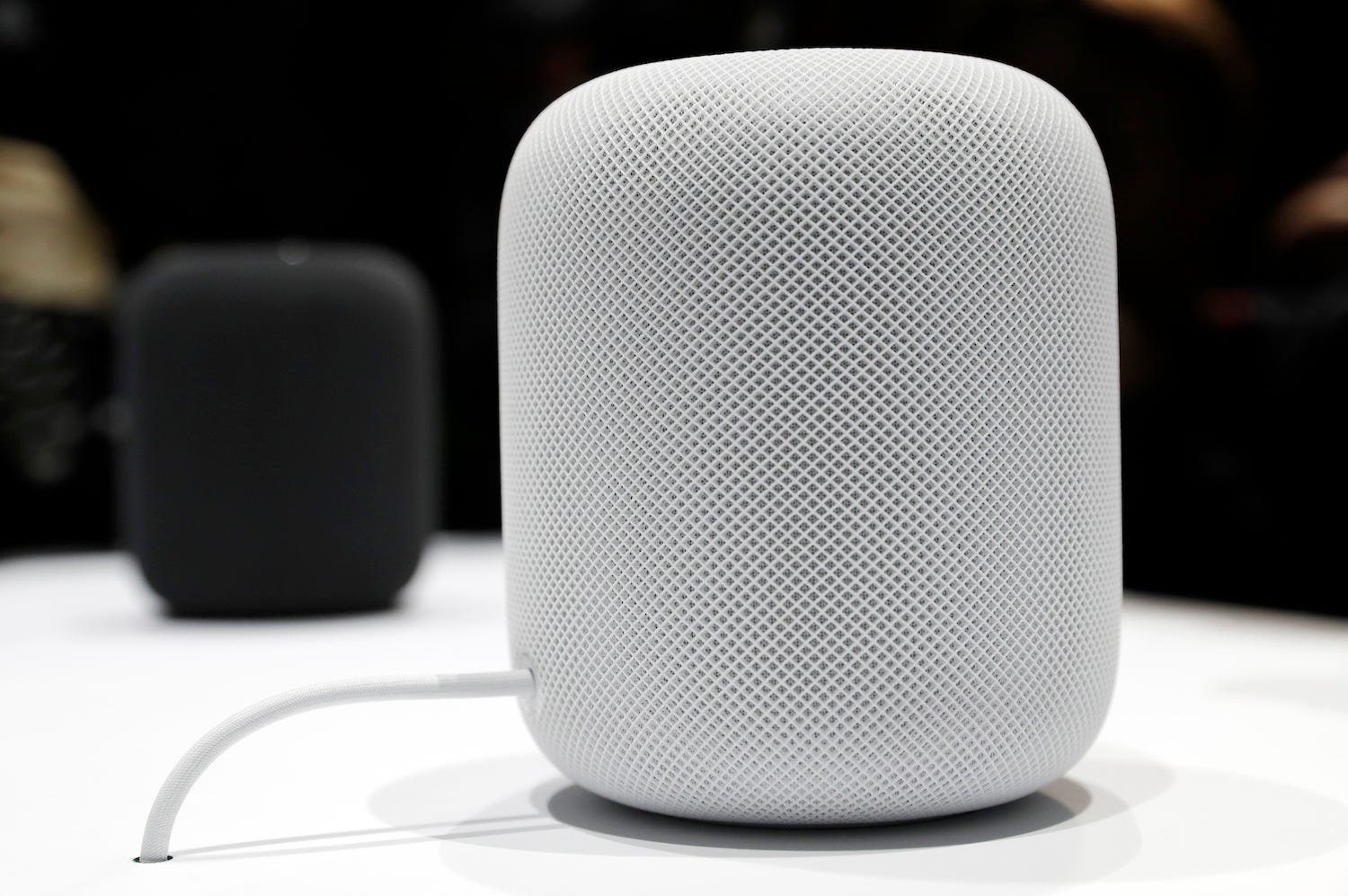 Apple may introduce a more affordable version of its HomePod smart speaker this year, according to Bloomberg. The cheaper model would include two tweeters instead of the seven present in the current version.

Apple unveiled the $350 HomePod in 2017 as a high-end audio alternative to rivals like the Amazon Echo and Google's Nest speakers. But since the HomePod's launch, firms like Amazon and Google have also placed more emphasis on audio quality though speakers like the Echo Studio and Nest Audio, making it even harder for Apple to differentiate itself and break into the market.

A cheaper model could make the HomePod more approachable and appealing to Apple loyalists who were reluctant to shell out $300 for the company's Siri-enabled smart speaker in the past.

A pair of over-ear premium headphones 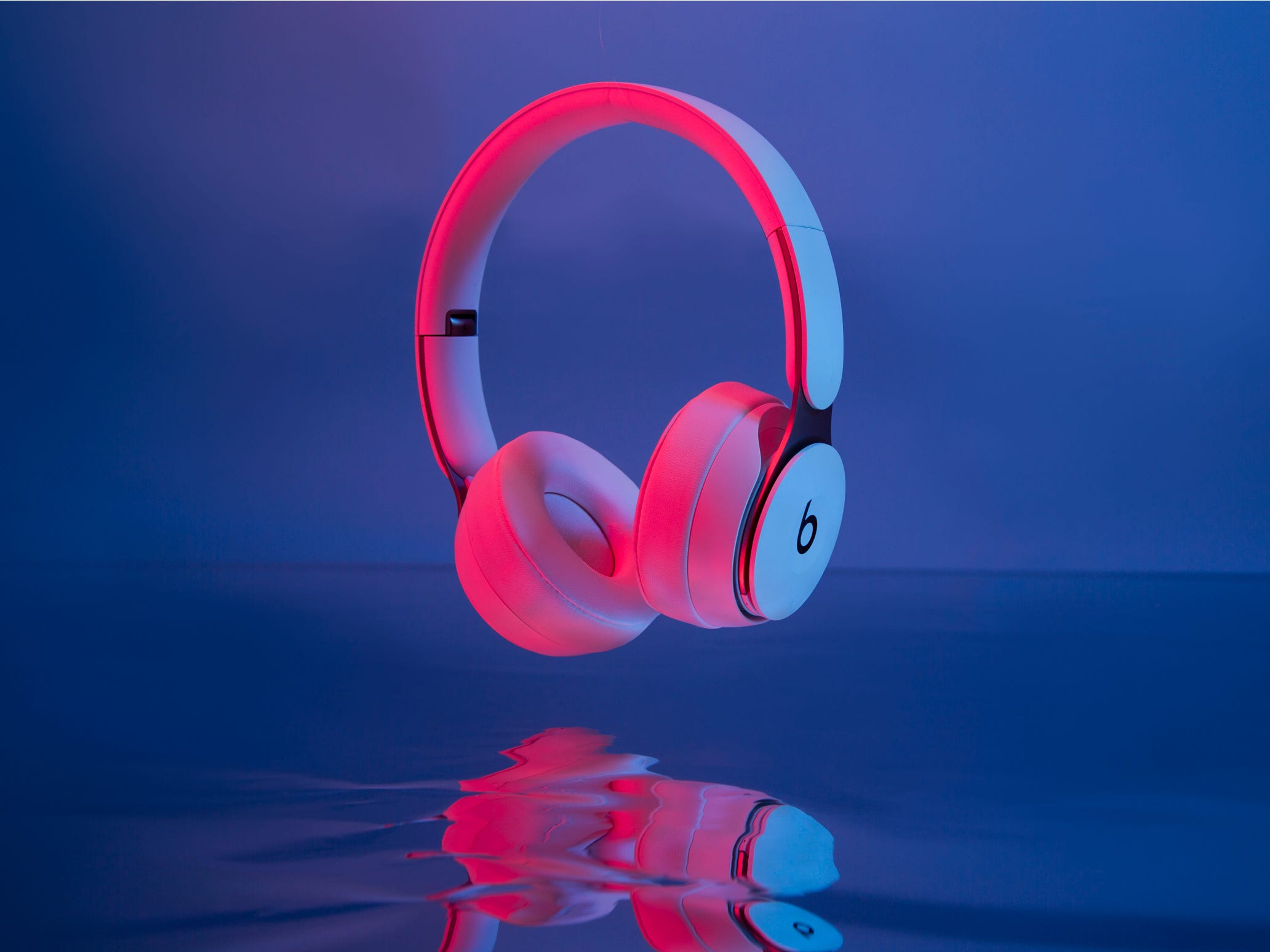 Apple's AirPods earbuds are already popular, but the company could be working on new premium over-ear headphones to rival Bose and Sennheiser as well, according to reports from Kuo, Bloomberg, and 9to5Mac.

Like Apple's AirPods, the new over-ear headphones may be able to automatically play and pause music depending on whether you're wearing them, according to 9to5Mac. But instead of detecting when you place the headphones on and off your ears, the new premium headphones would be able to tell whether they're on your ears or hanging around your neck, the report says.

A new pair of AirPods 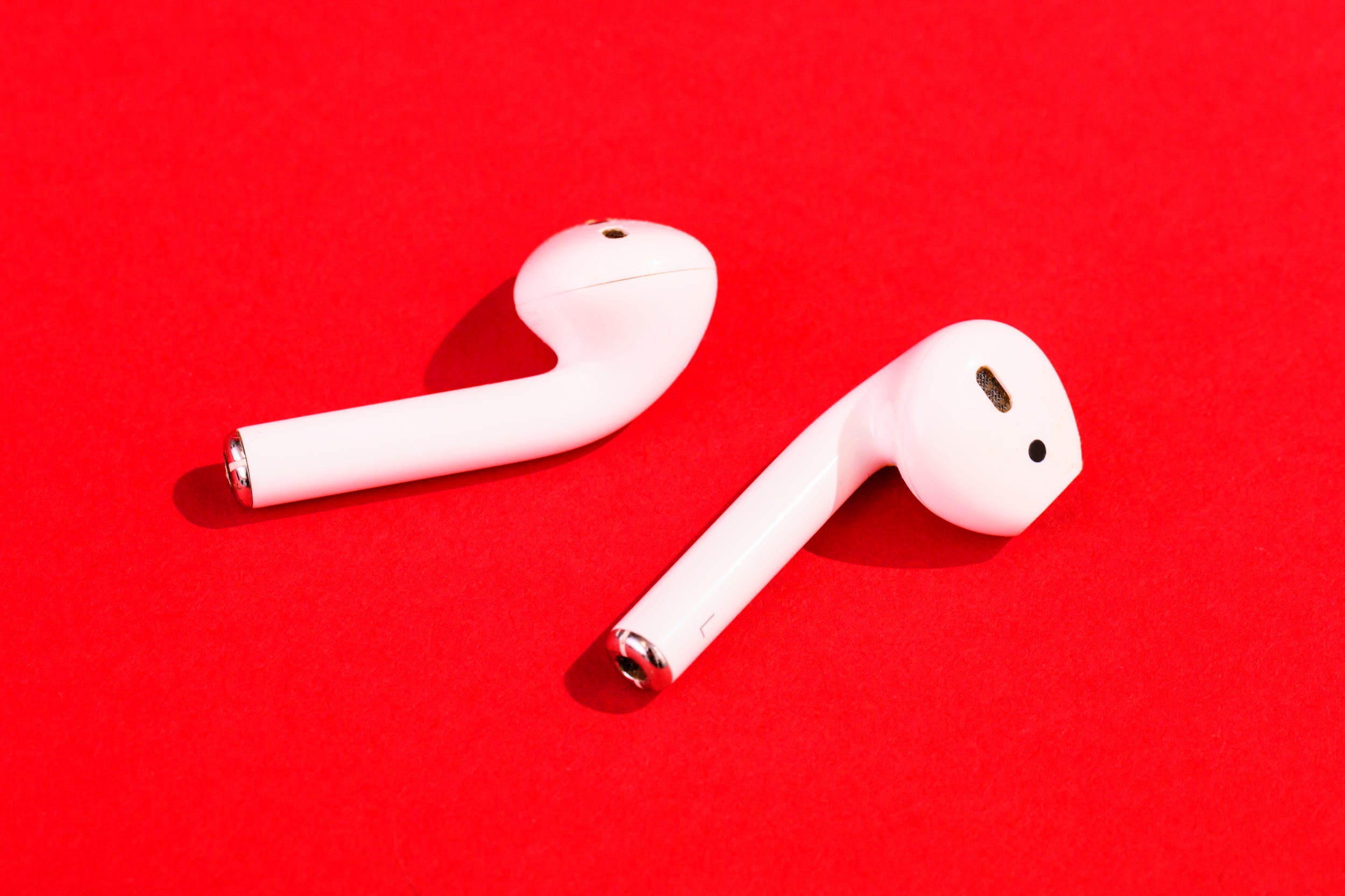 Apple could be preparing to release another pair of AirPods in the near future, according to YouTube personality and gadget leaker Jon Prosser.

Prosser reported in late April that Apple was likely to debut a new pair of AirPods in May. He didn't divulge any details about the new AirPods, but said they were “ready to go' and would likely be unveiled alongside a new MacBook Pro.

He wasn't correct, as Apple unveiled a new 13-inch MacBook Pro on May 4 without any mention of new AirPods. But Prosser did correctly report that the new version of the iPhone SE would debut on April 15.

Bloomberg's Mark Gurman also said that Apple has a new pair of AirPods in the works, although he did not specify when they would launch or any other details. 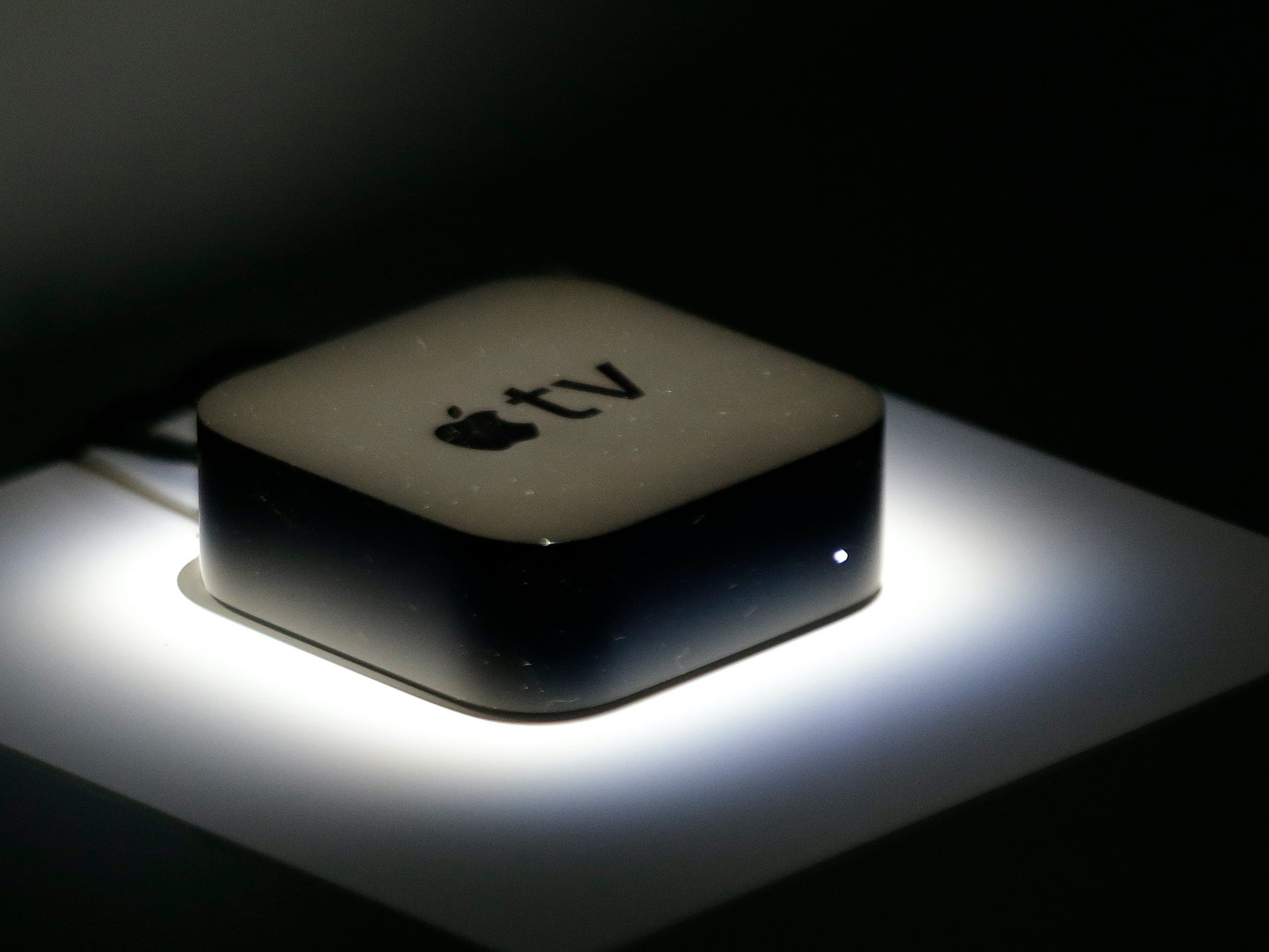 Apple could be preparing to launch a new version of its Apple TV set-top box with faster performance.

In February, 9to5Mac found files in the developer beta of tvOS 13.4, the latest version of the Apple TV's software, which referenced what may be a new hardware model. The software indicated that Apple could be developing an Apple TV with a chip based on the same architecture as the company' A12 Bionic and A30 Bionic processors, which power the company's recent iPhones. 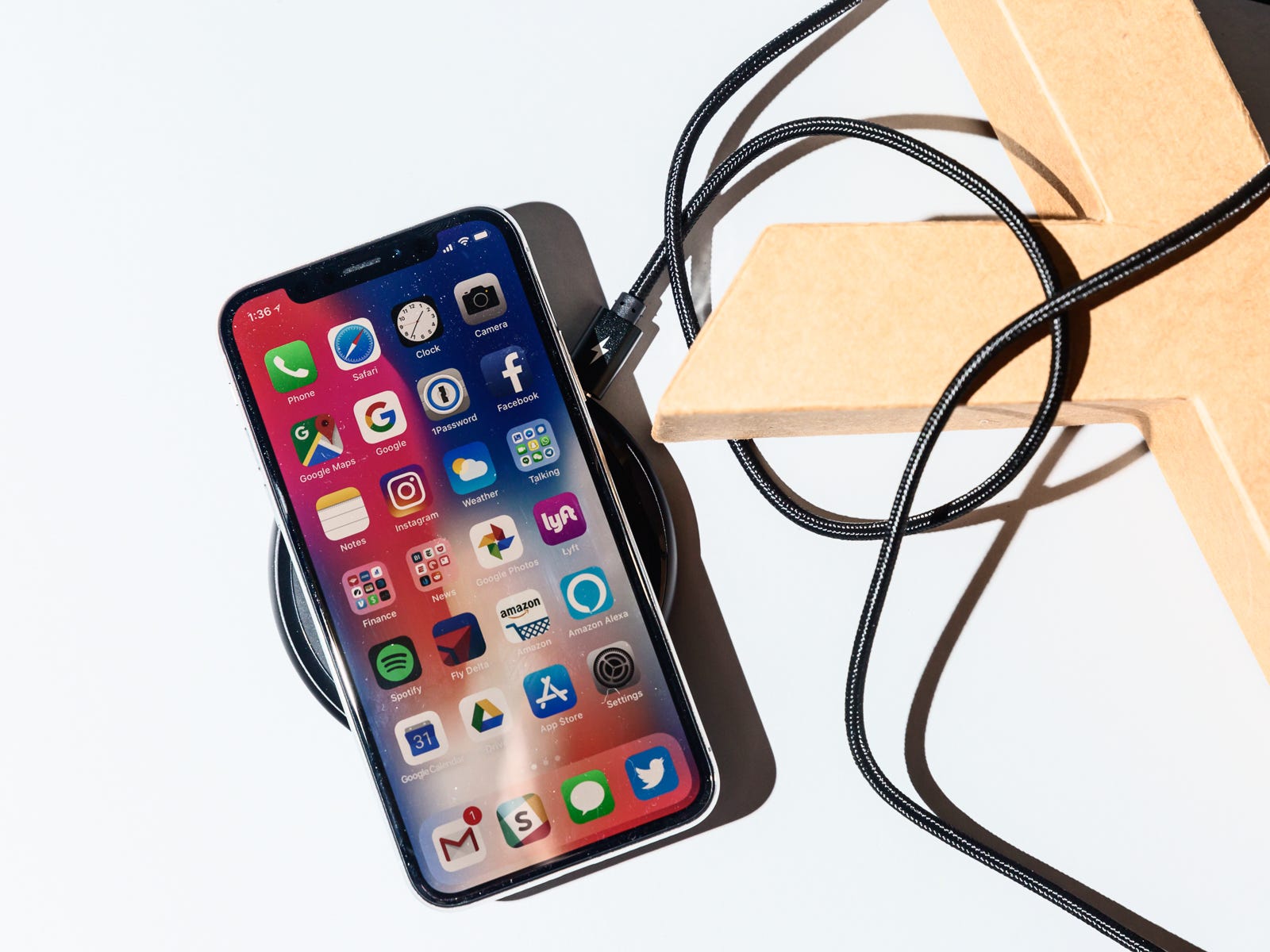 The note didn't include any other details about the potential product. But since Kuo described it as being small in size, it likely isn't an AirPower alternative.

AirPower was a wireless charging pad that Apple had intended to launch last year, but ended up scrapping because it did not meet the company's “high standards.” It would have been able to charge three devices simultaneously, such as an iPhone, an Apple Watch, and AirPods.

A new iMac with ‘substantial' upgrades 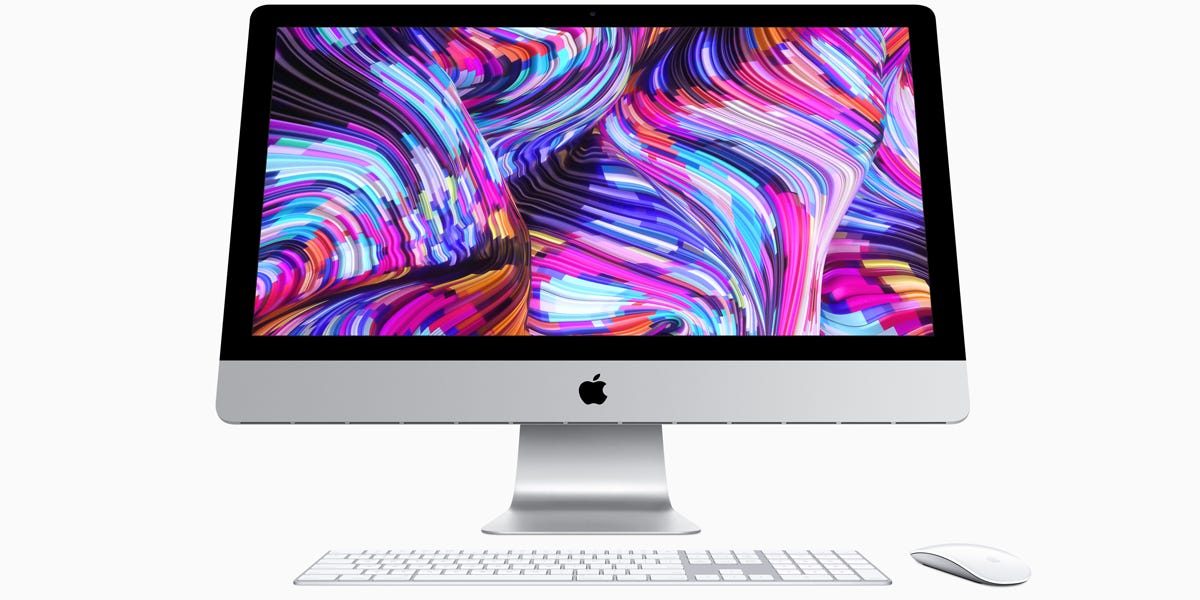 Apple may also have a new version of its iMac all-in-one desktop in the pipeline for this year, according to Bloomberg's Mark Gurman. Little is known about what the update would entail, but Gurman said in a recent question-and-answer session on Periscope that it could be a “substantial” refresh.

Apple launched a new iMac in August with improved processors, a better camera, more storage and memory, and the same nano-texture coating option available on the Pro Display XDR. But it's unclear if this is the “substantial” refresh that the previous reports had referred to, since this model doesn't feature any major design changes. 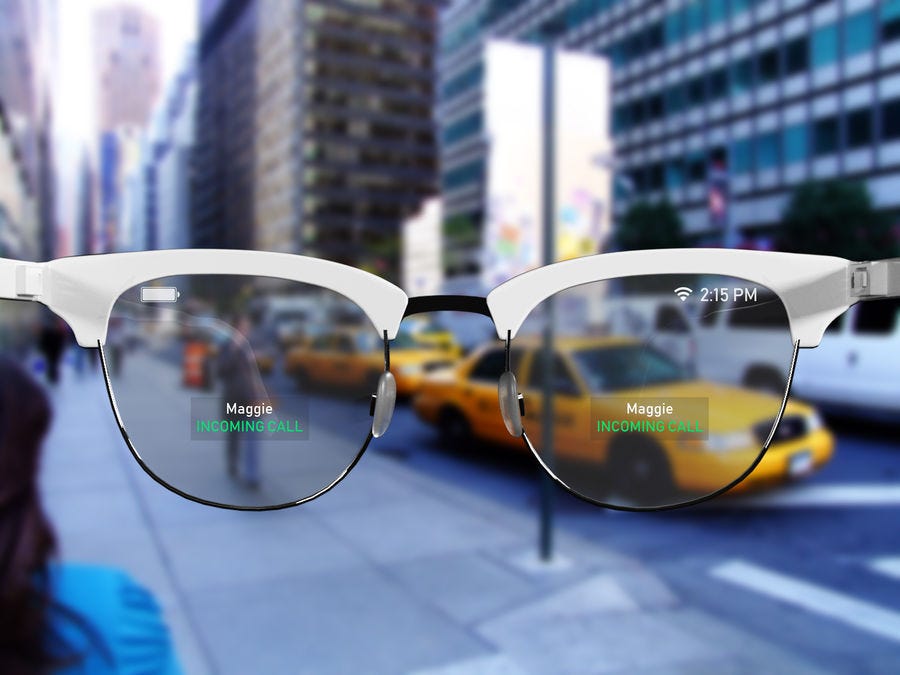 There's a chance Apple could unveil its first pair of smart glasses this year. Bloomberg's Mark Gurman said in October that Apple was targeting a 2020 release date for its AR glasses, but has more recently reported that it plans to launch an AR/VR headset in 2021 or 2022 and smart glasses in 2023.

But Kuo has also said that Apple is working with third-party companies on smart glasses that could arrive this year, as the Chinese website MyDrivers reported in October 2019. It's unclear if that report from Kuo references the same products mentioned by Bloomberg.

Using a mobile app or a mobile website version – which should you choose?...

Drone Maker DJI Finds Itself Added to the Export Ban List in the United...