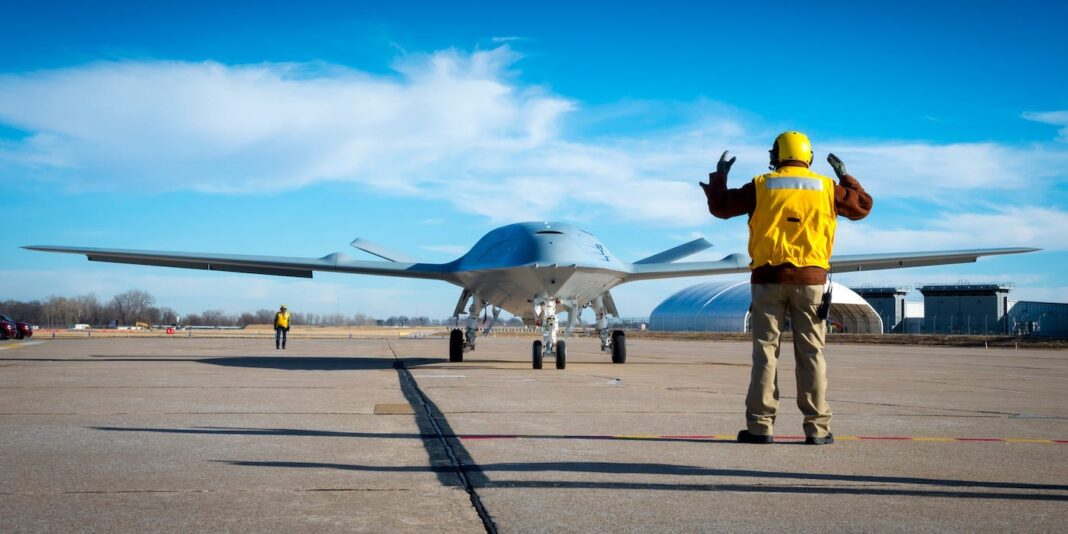 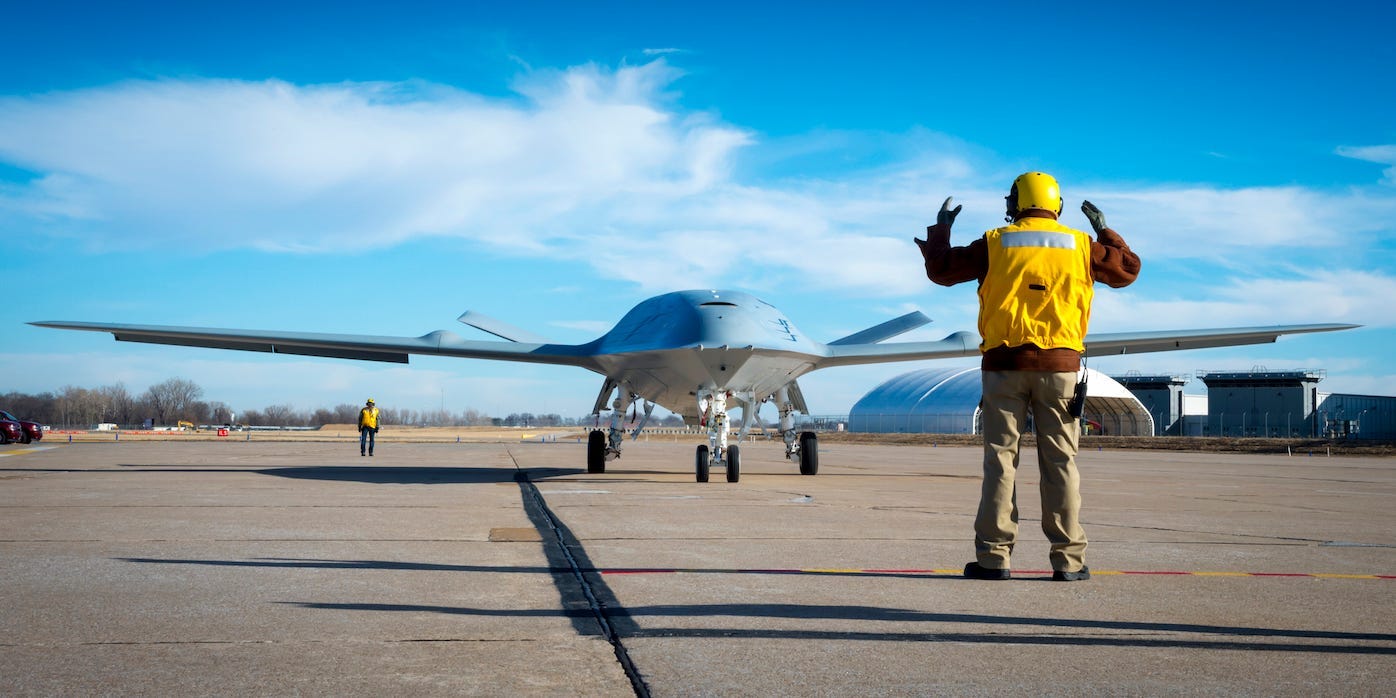 This month, the Navy announced a new warrant officer program to train sailors to fly Boeing's MQ-25 Stingray, which is slated to enter the fleet as a refueling aircraft in 2024. The program seeks younger candidates without the prerequisites of long service and rank, suggesting the Navy is making a long-term investment in the MQ-25. Visit Business Insider's homepage for more stories.

In a little-noted press release on December 9, the Navy announced a new Warrant Officer program.

The program will train some 450 Aerial Vehicle Operators, or AVOs, under the new 737X designation. These warrant officers will fly Boeing's MQ-25 Stingray, which is slated to enter the fleet as a refueling aircraft in 2024. The Stingray is a aerial refueling drone that entered the fleet last year.

The Navy has opened this program to currently enlisted members and “Street to Fleet” applicants. This program will be in addition to the Navy's long-standing Chief Warrant Officer Program. The latter is limited to qualified senior enlisted personnel who have served at least 12 years and are chief petty officers (E-7 through E-9), and E-6 personnel who are eligible for E-7.

The Warrant Officer program seeks younger candidates without the prerequisites of long service and rank. This signals that the Navy is making a long-term investment in the MQ-25 Stingray program. 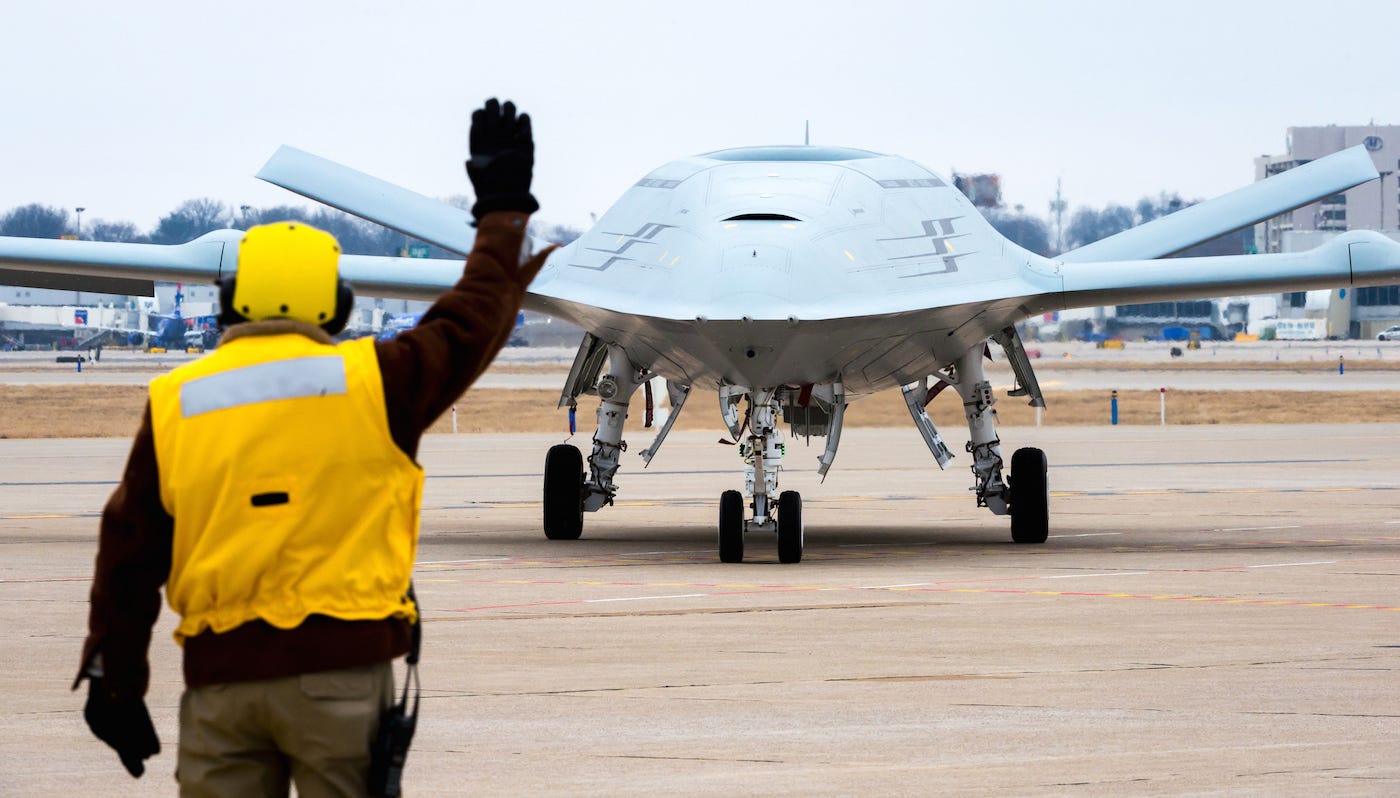 Candidates for the new program will have to complete Officer Candidate School, Primary Flight Training at Pensacola and then advanced flight training in the MQ-25 Stingray. These AVOs will not receive the standard gold wings of a Naval Aviator but a new design particular to the AVO field.

It is believed that the new AVO warrant officers will be co-pilots of the Stingrays with Naval Aviators as pilots. But as the program ramps up and the AVOs gain experience and flight hours, the plan may be to have them fly both “seats” on the ground control stations with Aviation Officers staffing the squadron in an administrative role. AVOs will spend their entire Navy career as operators similarly to chief warrant officers.

The Navy press release states that these AVOs will be aboard the carriers for their deployment rather than in port in air-conditioned buildings. This will require the Navy to make extensive modifications to the carriers to accommodate the crews, ground control flight stations, and communications antennas for the craft.

During shore rotations, AVO crews will be assigned to the land-based MQ-4C Triton. This indicates that the Navy will expand the Triton program beyond the single Air Test and Evaluation unit it currently operates.

These new AVOs will not operate the Stingray or Triton alone. The flight crew of a Triton consists of four people, the AVO, a Tactical Coordinator, and two Mission Payload Operators. The Stingray will have a flight crew of two but could be expanded with other mission capabilities.

The Navy plans to buy 72 Stingrays. It will stand up its first squadron, Unmanned Carrier-Launched Multi-Role Squadron 10 (VUQ-10) at Point Mago near Ventura California next year. The squadron will have 20 aircraft and will be sending detachments aboard West Coast-based carriers. The purchase of 72 Stingrays suggests that at least two-three more operational squadrons and a training squadron will also be established.

Initially, the role of the Stingray will be to replace FA-18 Super Hornets tasked with aerial refueling. These will free up the Hornets for strike or fighter missions. But the Navy's plans for the Stingray appear to be more forward-looking.

The current Stingray has a limited capability for Intelligence, Surveillance, and Reconnaissance missions. In future models, this capability will be expanded to strike missions. This will increase the number and specialty of the warrant officer AVOs assigned to crews in the near future.

iPhone vs Android: How to decide which smartphone is best for you – The...